Washington is believed to have been a saxon settlement of the Wasa (or Wassa) tribe. The modern name “Washington” comes from “Wasa inga tun” or “town of the sons of Wasa”.
In 947 Washington was “granted to Eadric” by King Eadred and it included the areas of Horsham and “Gotwick” (probably today’s Gatwick). In 1066 the manor belonged to Gyrth, the brother of King Harold. In that year, at the battle of Hastings, both Gyrth and the king were killed and the manor was given by William the Conquerer to William de Braose. During this time and for most of its history Washington’s existence has been based on a tradition of agriculture which continued without interruption into the twentieth century. Since then and particularly since the end of the Second World War ,Washington has been transformed into a community of many diverse interests and occupations.

Today Washington is a small, attractive village with many Grade II listed buildings, at the foot of the South Downs, between Steyning and Storrington. There is the Village Hall, a church, dedicated to St Mary, a primary school, St Mary’s CE First School, a recreation ground and a pub, the Frankland Arms, named after the inventor William Frankland, who lived at Muntham Court for many years. 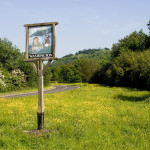 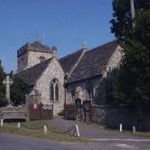 Our Local. The Frankland Arms at Washington 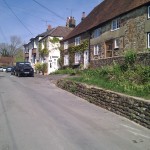 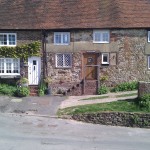 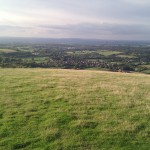 Washington from the South Downs

Washington is a village and civil parish in the Horsham District of West Sussex, England. The parish covers an area of 1,276 hectares encompassing a wide scattering of residences.  The parish also includes the areas of Heath Common, Spring Gardens and Montpellier Gardens to the west of the A24.

Heath Common is in the north east of the parish, between Washington village and Sullington. It is a wooded area of detached houses between a series of narrow lanes and surrounded by National Trust land. In the early 1900s the area was virtually uninhabited heath and wood land. In 1922 a “sanctuary” was set up there; a community for individuals dedicated to self-sufficiency. This unusual community provided a source of rumour and gossip both locally and in the national press, but by the early thirties the community was coming to an end and by the sixties the area was increasingly developed for housing.

If you are interested in the history of Washington Village you might like to read “The Washington Story”, a fascinating account of the history of a South Downs village written by Chris Hare and commissioned by Washington Parish Council in 2000 to commemorate the Millennium.  The book costs £5 and can be purchased by contacting us using our Contact Form.  40% of the sale price of the book is donated to the improvement fund of the Village Hall.

Washington village lies within the parish of Washington, which also includes the areas of Heath Common, Rock Road, Spring Gardens and Montpellier Gardens, all north west of the A24/A283 junction.
The population of Washington Parish, based on the 2011 Census is: 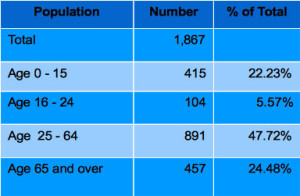